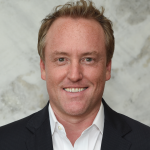 Moët Hennessy is the wine and spirits division of Louis Vuitton Moët Hennessy; the largest luxury goods company in the world.  Seth is responsible for corporate and private client business in the U.S. for Moët Hennessy.

Seth began working in the wine business in 1999 after moving to the Napa Valley to follow his passion for wine.  While in Napa, Seth held several wine production positions, including time in the cellars of Joseph Phelps.  By 2002, he was offered a role as assistant wine maker in New Zealand’s Marlborough district, and later that year moved to Italy into a full time wine making position with the Ceretto family in Piedmont.  In addition to wine making, he was also the first non-family member to represent Ceretto as export manager.

In 2005, Mr. Box returned to the U.S. when he was recruited as Brand Manager for Moët Hennessy to manage their Italian wine portfolio. By 2008, he was promoted to Director of Education, and in 2014 became their Private Client Director.

Seth holds degrees in International Relations and Economics and speaks Italian.  He obtained the Advanced Certificate from the Wine & Spirits Education Trust, and is B.A.R. (Beverage Alcohol Resource) Certified.  He recently enrolled to become a Certified Wine Authenticator.  In addition to being featured in articles by the New York Times and Wall Street Journal, he has appeared on several national television broadcasts and serves as a judge for the International Wine & Spirits Competition.